"Everyone greeted me with open arms" 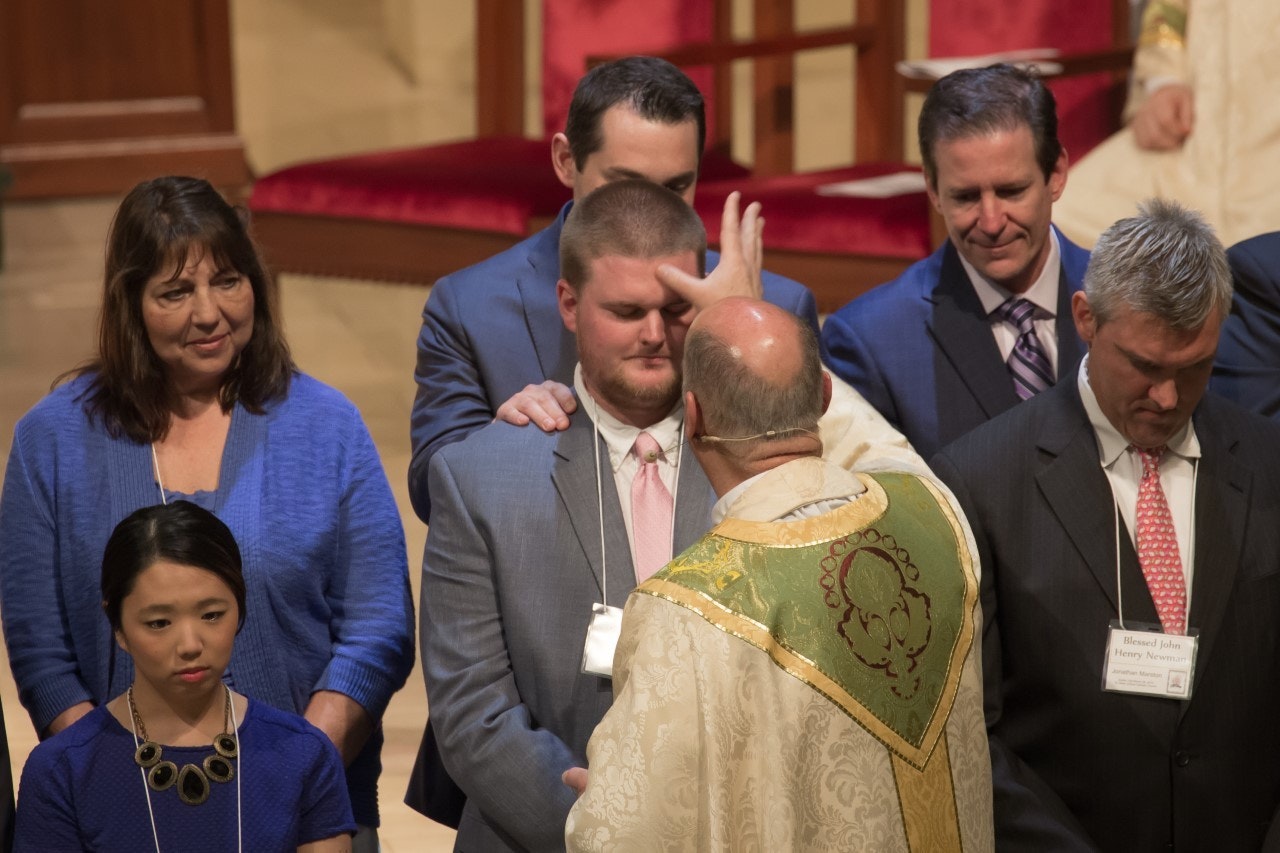 Hunter’s journey to the Catholic Church included some interesting twists and turns. He was introduced to the Catholic faith when he met his future wife, Devin. Devin decided to become Catholic while she and Hunter were in college. Hunter was intrigued with her new found faith, passion to serve the community and share her gifts. Not long after graduation they were married in the Catholic Church, which left an impression on Hunter that further prompted him to consider Catholicism. Just five weeks into their married life Hunter began to have unusual physical symptoms, and nothing could have prepared him for the news of a brain tumor. The loving prayers and well wishes reignited his desire to deepen his faith. He made the decision to join RCIA, a process for adults to become Catholic, shortly after his recovery. This is what he said about the experience: “When I finally decided to begin RCIA everyone greeted me with open arms, and I immediately felt like an integral part of the group. Our discussions about the Catholic faith helped me to gain a better understanding of how people were living it. My prayer life changed, and now I take moments out of my day to relax and talk to God. After receiving the sacraments of Holy Communion and Confirmation this past Easter, I feel like a new man. God has blessed me in countless ways!”

We are all on a unique journey in this life. No matter where our journey has taken us in the past, there could be a whole new direction that awaits us ahead. If you're interested in learning more about the Catholic faith and ask questions, we'd love to hear from you!

Ready to find out more?